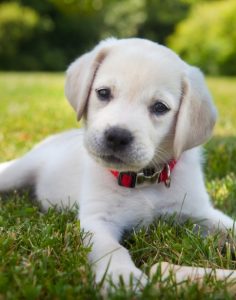 “Snickers” Bavuso, a 10 month old female spayed ferret came in to Perkins Road for Dr Tillotson to check its eye. It had been playing rough with the family kitten and the owner was concerned she had been scratched. Upon exam Dr Tillotson noticed not only had the eye been scratched it had ruptured. This means the eye has “popped” and all the fluid has leaked out and it is no longer salvageable. Ruptured eyes can happen in any species and by many different things. Trauma can cause an eye to rupture as in this case. Also, deep scratches (ulcers) can develop from rubbing the eye, not producing enough tears (dry eye), and penetrating foreign bodies (something stuck through the eye) to name a few things. Dr Tillotson scheduled Snickers for surgery the next day since she had eaten just a few hours ago. Eye ointment was put in the eye for overnight care to keep it from getting more dried out. The next morning Snickers came in to have her ruptured eye removed. We gave her gas anesthesia and hooked her up to the vital scan monitor to measure her heart rate, temperature, EKG and oxygen saturation. Around the eye was shaved and prepped for surgery. Dr Tillotson then went in and removed the ruptured eye and the third eye lid before sewing the eye shut. It is important to remove all the tissue and third eyelid because leaving it behind can lead to abscess and tear collection in the now empty socket. The eyelids were sewn closed with suture and Snickers woke up without any complications.

Snickers went home that afternoon with pain medication and antibiotics. She returned 2 weeks later to have her eye rechecked and sutures removed. Snickers eye healed wonderfully and mom couldn’t be happier. Snickers joins the family of one eyed pets as her mom has a one eyed horse and dog.

To this day Snickers is back to her old self playing and causing trouble. We hope she has learned her lesson to stay away from the kitten’s nails. She will be coming back to Perkins Road Pet Clinic in a few months for her yearly vaccines. 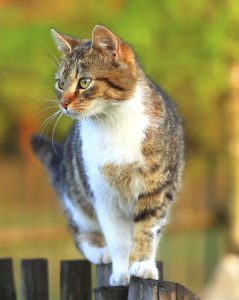 Every pet who has ever entered our doors are all miracle pets. From the first set of vaccines to the spays and neuters. Not to mention any emergency visits we may have seen them for. Some of them we were there when they took their trip to the Rainbow Bridge. We have been allowed to be a part of their lives, we have built relationship with their humans and have shared so many memories with so many. Not everyone is so fortunate to know the love and compassion that they bring into our lives on a daily basis.  WE are so blessed to be able to see their loving faces as the years have passed on before they did. And our hearts are over joyed to know that they are yet again in another loving home. Our miracles have taught us so much about life and the undying love that each miracle has to offer.  We want to thank the humans of every miracle for allowing us to be a part of their lives.

“Maybull” Cooper, an American Bulldog who belongs to Sean Cooper, came to Perkins Road Pet Clinic with dystocia.  Dystocia is when an animal is having trouble in labor. At home, Maybull had already given birth to several puppies but was still pushing hard at home. After the doctors at Perkins Road Pet Clinic felt more puppies still inside, she suggested Maybull have a cesarean section immediately to save both the puppies’ and Maybull’s life.

The gestation period for dogs is approximately 63 days.  When a pregnant dog’s temperature drops below 100 F (normal is 101.5-102.5 F), it is an indication that she will go into labor within the next 24 hours.  After the cervix dilates and the dog starts pushing, puppies should be delivered about every 30 minutes up to 4 hours apart.  If you notice her having hard contractions and pushing with a great amount of effort for more than 30 minutes, you should consult your veterinarian to see if there are any complications.

Thnaks to Maybull’s attentive parents and the quick diagnostic and surgical skills of the doctors and staff at Perkins Road Pet Clinic, 11 healthy puppies and Maybull are all alive and well today. 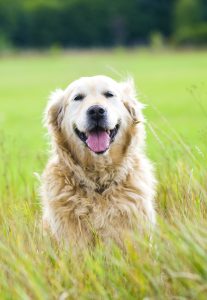 Our miracle pet for the month of May is Capone Gandy. Little Capone was only seven weeks old when his owners brought him to Perkins Road Pet Clinic for vomiting and diarrhea. Initially after diagnostics, our doctors concluded gastroenteritis was the cause of his upset tummy. However, only a few short weeks later, he returned with the same problems. Upon further diagnostic testing, Capone was diagnosed with parvo virus; he was hospitalized and treated for parvo, and during this time showed great improvement, although this was not the end.

After returning home for a few days, his health began to decline once again. His concerned owners brought little Capone back to the clinic, this time, with the possibility of a foreign body being the cause of his upset tummy—since they had witness him chewing on wood and other (non-edible) materials. Our doctors worked diligently to help little Capone start to feel better—they ran blood work, took a series of x-rays, and administered fluids and medications. Much to the surprise of the doctors, no obvious foreign bodies appeared on x-rays, however, the colon seemed unusually dilated and had very little motility. After using a barium series to monitor gastrointestinal motility, it was noticed that although the colon exhibited abnormally slow motility, the small intestine had much more rapid motility; it was then determined this combination was causing the vomiting and diarrhea. The only question that remained was the cause of the dilated colon.

Upon deliberation, the best option was to perform abdominal exploratory surgery. Sweet Capone underwent surgery the next day, and our surgeon, while investigating the gastro-intestinal tract, discovered Capone’s small intestine and colon were connected by a series of blood vessels and tissue—this explained the difference in motility speeds between the two. Our surgeon was able to separate Capone’s small intestine and large intestine, making the surgery a success.

This condition was something Capone was born with and our surgeon had not seen in the thirty years he had been practicing veterinary medicine. Capone’s story, although there were ups and downs, was a great success and was indeed a miracle. 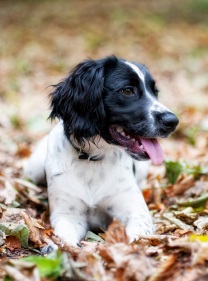 On August 9, 2014, “Peteyman” Terry came in for an examination with Dr. Tillotson due to developing vomiting and diarrhea.

An examination indicated a heart murmur and a very painful tender abdomen. Two different types of fecal tests were performed to determine if any intestinal parasites were present and both were negative. Bloodwork and radiographs were performed. The bloodwork results showed an elevated white blood cell count indicating an infection and elevated liver enzymes. The radiographs confirmed an enlarged liver, gas filled intestines and an enlarged heart. Petey was treated with antibiotics, fluids under the skin, medication for his liver, and sent home with oral medications with his owner.

Petey returned 4 days later and was very weak and his gum color was pale. Bloodwork was repeated and indicated that the infection had taken over his body, causing his organs to fail. Petey was hospitalized immediately and given a blood transfusion, I.V. fluids, heart medications, powerful antibiotics, vitamins, and anti-emetic drugs. He remained hospitalized with intesive critical care by Dr. Tillotson and Dr. McKenzie for 8 days with improvement daily before he was stable enough tto be released and go home.

Petey has continued to improve at home due to his owner’s diligent care. 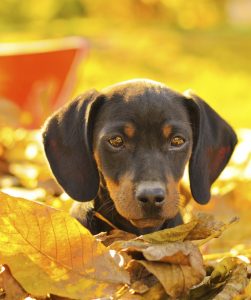 Toffee is a very special cat who is well loved by her owner Diane. When asked about her cat Diane said:

“Toffee has melted my heart everyday… She is a special cat, the first one I have known who climbs onto my chest and hugs me by putting her paws on each side of my face & moves her cheek against mine… I couldn’t imagine losing her.”

Diane started noticing some problems with her cat:

“Toffee began leaving some her food uneaten.  After a few days, she stopped eating entirely… not even can food.”

Toffee’s owner brought her into Perkins Road Pet Clinic and after the exam, Dr. McKenzie diagnosed Toffee with “Stomatitis”.

Stomatitis is a compound word derived from Latin, as the names of many medical conditions are.  ‘Stoma’ means ‘mouth,’ and ‘itis’ means ‘inflammation.’  Therefore the term ‘stomatitis’ refers to an inflamed mouth.

No one is precisely sure what causes feline stomatitis, but some of the popular theories are that the cat’s immune system rejects their teeth as foreign invading objects, either because of a defect in their immune system or because of a harmful bacterial plaque on the teeth themselves.

Regardless of the name, it is serious, and you need to be able to recognize the symptoms of this painful ailment so that you can seek proper treatment for your cat immediately.

Toffee’s Stomatitis was sadly so severe it required surgery. Surgery was necessary because of the most common cause of stomatitis, which is a cat’s inability to tolerate plaque. Dr. McKenzie extracted all but Toffee’s canine teeth. After the surgery Diane visited Toffee daily, and was able to take her cat home shortly after. It took 4 or 5 days before Toffee started eating normally.

“Toffee had a serious condition but due to Dr. McKenzie and Perkins Road Pet Clinic staff acting quickly, she was on the road to recovery with in just a few days…”  –Diane Lowe 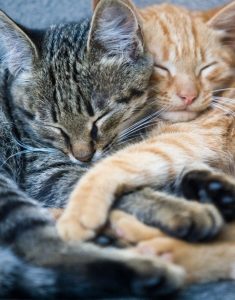 On November 21, 2014, Summer Jefferies called Perkins Road Pet Clinic about her 10 month old Border Collie “Annie”.  Summer had arrived home to find that Annie along with her 2 other dogs had ate rat poison.

Rat poison contains chemicals that are toxic to pets.  These toxins will cause a pet to lose the ability to clot. It causes severe internal bleeding and is fatal to pets if not treated right away. There are four common active ingredients in rat poisons that are toxic: long-acting anticoagulants, cholecalcifreol, bromethalin, and phosphide rodenticides.  Each of these toxins are different and are not treated the same way.  It is very important, that you and your veterinarian have identified the correct active ingredients to make sure proper treatment is done.

Summer soon arrived at Perkins Road Pet Clinic with her dogs.  The staff and doctors worked quickly to assess the dogs and give them injections to make them vomit, in order to get as much of the toxins out of the dog’s system before it was absorbed.  Annie was then given fluids under her skin and oral medication to help flush out her system, and given Vitamin K injections to replace the lost vitamins. She was also sent home with oral medications to help with the loss of vitamin K.

Thanks to the quick actions of her owner, Summer Jefferies, and the doctors and staff at Perkins Road Pet Clinic, Annie was able to go home later that evening and continues to do well.

“Kimbo Kazi”, a young cockatiel lovingly owned by Ms. Sanogo, came to Perkins Road Pet Clinic presenting with a lack of appetite and wheezing.  “Kimbo Kazi” wasn’t his usual chipper self and was refusing to sing. AFter a thorough examinations, Dr. Tillotson diagnosed Kimbo Kazi with an upper respiratory tract infection caused by flagellates.

Flagellates, specifically Avian Trichomonas, are protozoan parasites that can infect birds of various species both wild and domesticated.  If left untreated, flagellates can cause crop stasis (thickening of the crop and/or esophagus linings), weakness, dehydration, depression, respiratory distress, and even liver damage.  In extreme cases, death can occur.

By his recheck appointment a week later, Ms. Sanogo was extremely happy to report that Kinbo Kazi was back to his usual happy self and had even started singing again.  At this time, Dr. Tillotson gave him a second antibiotic injection to be sure Kimbo Kazi wouldn’t be bothered any more by those pesky flagellates.