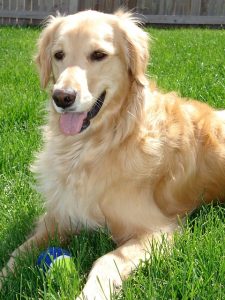 “Lily” Gandy came to Perkins Road Pet Clinic just after Thanksgiving of 2014 after she was spotted in the bushes by a McDonald’s parking lot in Perry, Oklahoma by Victoria Gandy.  Victoria saved Lily’s life by bringing her to the clinic for supportive care after she noticed the kitten wasn’t walking very well and wasn’t eating or drinking.  Lily was about three weeks of age, weighed only one-half of a pound, was very malnourished, had a temperature that was unreadable (due to hypothermia; lower than 93 degrees Fahrenheit), was hypoglycemic and was diagnosed with severe coccidiosis by our doctors.

Coccidia are protozoans that infiltrate the lining of the intestines and cause vomiting and diarrhea due to the stress and damage that the body endures.  In severe cases, many baby animals are unable to recover from a severe coccidia infection.

While Lily was critical and in the hospital, Dr. Tillotson took her home for monitoring.  Throughout her stay with Perkins Road Pet Clinic, Lily’s health began to improve.  Her temperature was climbing closer to normal, and she was beginning to crawl around her cage and eat more food.  Lily was released from Perkins Road Pet Clinic with ten single doses of Albon to finish fighting off the coccidia infection.

How is Lily Doing Now?

On the day that Lily was released from the hospital, a technician from Perkins Road Pet Clinic offered to adopt Lily.  Several days later, Lily came to her new home and is doing very well now.  She is a very happy and healthy baby who weighs approximately four pounds and enjoys her days playing and basking in the sun.

Like humans, dogs and cats can have problems with their bones and joints. Whether...
Read More

You’re ready to invite a new pet into your home — that’s great! A...
Read More

Plants not only make the air we breathe, but they also help create a...
Read More

It is that spooky time of the year again when there is an endless...
Read More

Pets age faster than humans; every dog or cat year is equivalent to 5...
Read More
Call Us Text Us
Skip to content